The Problem is Right in Front of Your Face 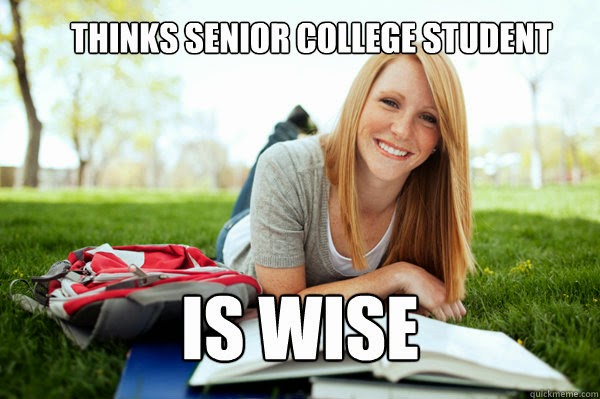 Training to be a waitress

I had been considering writing a piece about EliteDaily, a popular nonsense website made up of predominately American Narcissists under the age of 30. Similar to ThoughtCatalog. Rather than write that I went another way instead.

The main observation was going to focus on the fact that EliteDaily doesn’t pay any of its writers. Yet each ‘writer’ churns out 4 to 5 posts a month, and lets EliteDaily soak in the benefits/clicks/revenue. For reference, EliteDaily seems to post 70+ pieces day.  With no compensation, why would anyone write for it?

Even more bizarrely their main competitor, ThoughtCatalog, has even written a post about why you should write for ThoughtCatalog instead. I had trouble focusing on its insanity, but their argument seems to be “We won’t pay you either, but we’re nicer about it!” I think? Maybe you’ll have better luck deciphering it. This piece on EliteDaily’s history is worth a look too.

But really, this psychological problem of working for free on the internet is already covered over at TheLastPscyhiatrist in Alone’s last ever post.  So why rehash it?

Instead I was struck by a random piece by a young lady on EliteDaily titled “The Foolproof Way To Orgasm: Stop Sleeping With Douchebags” (spoiler alert it has nothing to do with orgasms. I know, I was disappointed too.) - Like nearly every post on the site it’s not actually a helpful how-to guide (as the title implies), but it instead reads like a journal entry; an overly personal live-journal post for those who remember live journal.

The young lady author (who you can find on Linkedin if you’re so inclined) rants about some douchebag she used to have relations with, and then congratulates herself because she claims she is no longer perusing douche-y guys. I’m not convinced, but more power to her.
Why am I not convinced? Despite insulting her former flame as a “narcissist”, “self-serving”, “manipulative” and “psychopath” she also calls him her “counterpart” - her words.  Huh.

The most interesting part of her post was a throwaway line that I doubt struck her as odd or important. The start of her ‘how I met the douche’ story is this line:

“Immediately following my college graduation, I accepted a position as head hostess of a local chain restaurant.”

And there you have it folks. Again, you can find her Linkedin page.

Her 5 years of college education lead her to a job that does not require a college degree, let alone a high school degree?  Why did she get the degree in the first place? Not only does she likely not know the answer to this question, but it wouldn't even occur to her to ask the question.

Could all of her problems stem from that issue? That lack of direction and lack of ability to make useful steps toward improving oneself?  That inability to plan for the future? Or even plan for the now? Her career decision making skills are still clearly very poor, she’s spending time writing for EliteDaily for no compensation. Brilliant! Ergo, what value does she place on herself and her time? $0.00